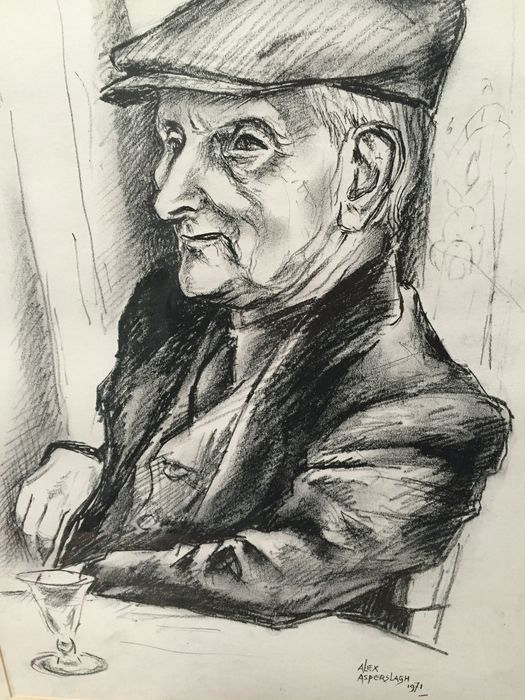 Glassmaker, painter and ceramist, Alex Asperslagh studied at the Academy of Art in The Hague and had two brothers who also worked as artists:<0} Lou and Henk Asperslagh. Alex worked for the glassmaker Ton Berg in Dordrecht until his brother Lou opened his own glass workshop, ‘atelier van kunstnijverheid’ (arts and crafts workshop) or St. Silvester in The Hague in 1923, where both Alex and Henk also started to work. The studio went bankrupt in 1929 following a disagreement between the brothers.
Alex Asperslagh was a devout Roman Catholic and did a lot of work for churches. He also enjoyed painting outdoors; he felt that farmers were those closest to life. An exuberant watercolour of a farmhouse in Oud Aalden is known to be by his hand. 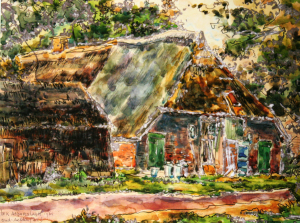