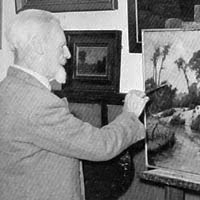 Christiaan Hammes was not the only painter who had to stand up to his parents to be able to go to the art academy. His father was a family doctor, his brothers chose to go into proper professions like medicine, law or business. Chris wanted to become a landscape painter and, following his study, he travelled widely both at home and abroad. After his marriage to a concert singer he settled for the remainder of his life in Nijmegen. His brother, a notary public in Oosterhesselen, had so much room in his house that Chris could set-up a studio there and take his inspiration from Drenthe. 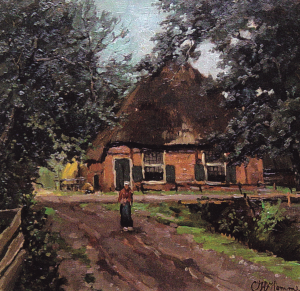