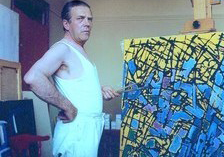 Eef de Weerd’s art education in his early years was interrupted by the Second World War and thereafter by political repression in Indonesia. After 1949 it became possible for him to pursue a career as an artist which he did until 1962, when he was felled by mental illness. From 1975 he was able to resume his life as an artist. His work could range from the realistic to the highly abstract but was always based on nature or situations taken from his immediate surroundings. He stayed in Zweeloo regularly. 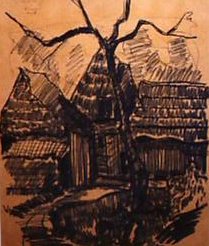