E.B. Von Dülmen Krumpelmann was the second artist to settle permanently in Drenthe. He was a colourful man who grew up in Amsterdam and, as he himself claimed, had fled to Drenthe because the underworld was on his heels. For nearly 70 years he was a well-known figure in Drenthe, recording what he saw on the street and as a chronicler of life in Drenthe. He lived in Zeegse but worked all over the province. In 1975 he received the Cultural Award of Drenthe, a confirmation of his important contribution to art in Drenthe. 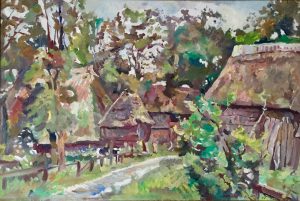 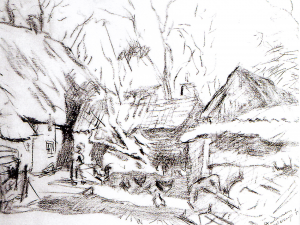