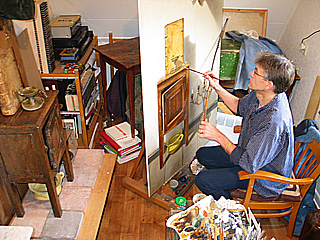 Painter from Orvelte. His interest in painting and drawing began when he was still very young. After visiting an exhibition of the work of Henk Helmantel at the Klooster in Ter Apel in the late 1970s, he decided to become a painter in the style of this artist.  Following secondary school, an office job and military service, he devoted himself to his real passion: the still life. His talent was noticed at the Drenthe Academy for Amateur Painters (DACA).  Initially as a student of Peter Bego. He soon became a teacher himself and taught at various DACA branches.  In 2000 he moved to Orvelte where he has his own studio and exhibition space and also gives some painting lessons. 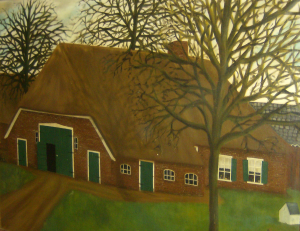