Jo Alting was born in Wildervank in 1924 but for most of his life lived and worked in Meppel, where his wife was from. He began as a decorative painter there and later became an illustrator and further worked in advertising. Around the mid-1950s he joined the publisher Boom Uitgevers as an illustrator, where he was employed for thirty years. In his spare time he created countless works in pencil, brush or pen and ink. Alting loved nature, Terschelling was among his favourite places to work, as were the outlying areas of Meppel, Kop van Overijssel and Drenthe. 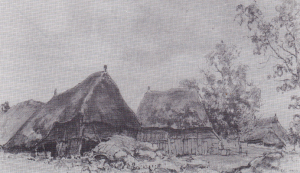 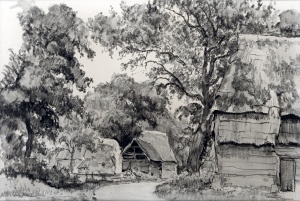