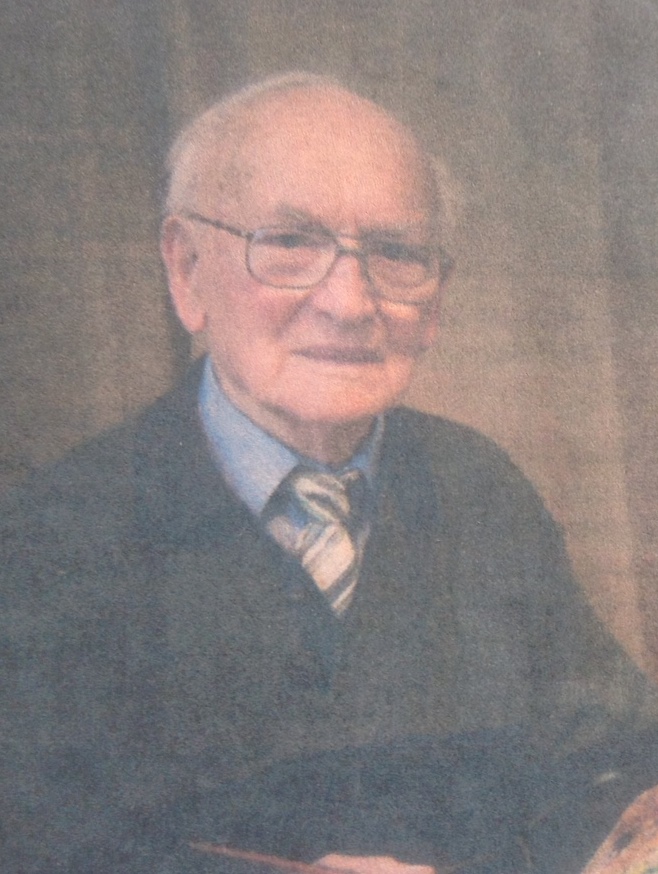 During the depression leading up to the Second World War, Niks was taught by Jan Jans, who showed him the principles of perspective. Following the war he studied at the AKI (Academy for Art and Industry) in Enschede and later took painting lessons with Wim Wijnman from Soest. Drawing remained his speciality. He took his drawing materials with him everywhere he went. In the 1960s he came to Aalden with Ferdinand Boersma. They did a large series of beautiful paintings in Aalden and Zweeloo. He continued to give painting lessons in Enschede for 60 years, well into old age. He had previously worked for the Dutch railways (NS) and had been in the resistance during the war when he had been involved in the 1944 railway strike. A few years before he died, he had an exhibition in Zweeloo. He had a passion for drawing and painting farmhouses in the Achterhoek, Twente and Drenthe regions. A multifaceted storyteller, polyglot and painter. 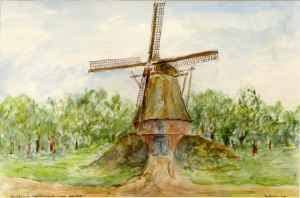 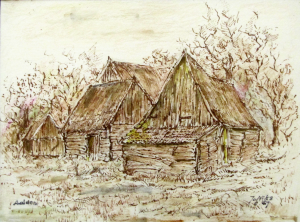 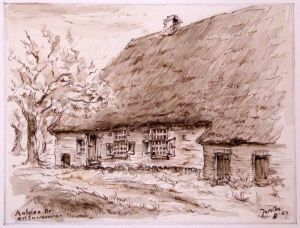 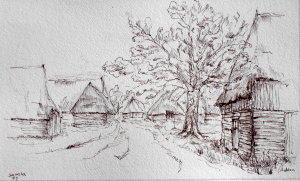 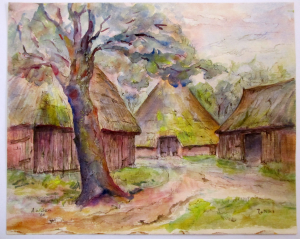