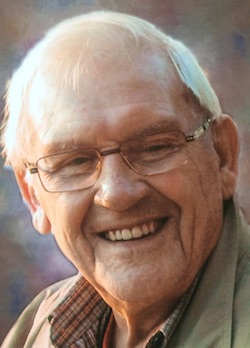 Piet Bruins grew up in Heemskerk, the son of a horticulturist. From an early age he received lessons from the watercolourist, etcher, pastel artist and graphic designer, Cor Heeck. Following his training to become a welder, he pursued his passion and went to Amsterdam to train as an illustrator. After moving to Nunspeet in the early 1960s he came into contact with the Nunspeet group of painters who, years later, set up the Vrije Akademie (national education institute for art and culture).

In the meantime he had also trained as a time and motion analyst which was his regular employment. He further exhibited often in the Netherlands and gave lessons at the Vrije Akademie in Nunspeet. He visited Zweeloo several times where he painted these two works and others. 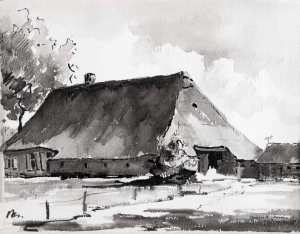