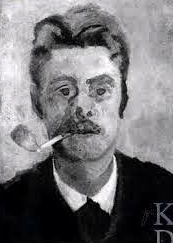 Piet Meiners was the son of Claas Hendrik Meiners from whom he also received his first painting lessons, until he attended the National Art Academy (Rijksacademie) for six years from 1876. There he was described as attentive, well developed, talented and diligent, although at the end of his study it was said that he was eccentric. This did not prevent him from forming close friendships with other artists but he found it difficult get round to painting. However, once he started he couldn’t stop. In Zweeloo he made a small work measuring 24.5 x 35 cm: the measurements suggest that he was working outdoors in the lid of his paint box. A well-known farmhouse interior in Drenthe is also known to be by his hand. 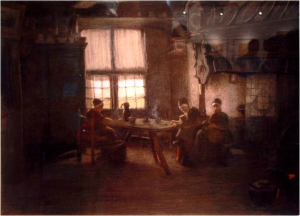 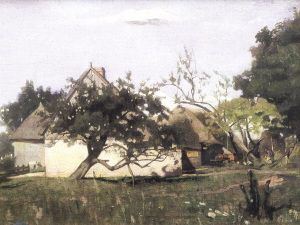