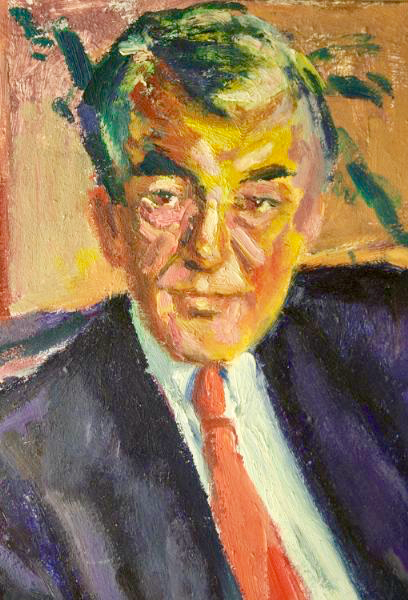 Son of a notary public, in 1927 Ruurd Elzer moved with his parents from Friesland to ’t Zand in rural Groningen. Following secondary school (HBS) he studied at the Minerva Academy in Groningen. Elzer wanted to dedicate himself to painting and contacted Jan Altink for private lessons. In 1936 he published a poetry collection entitled Verzen (Verses). He had his first exhibition as a painter in 1938, in the Ebbingehuis in Groningen. In 1941 he was granted aspirant membership of the Groningen Ploeg art circle.
Elzer’s work consisted mainly of landscapes, pictorial art and portraits. Initially his work was figurative but from the late 1960s it became mostly abstract. During the 1960s he wrote art reviews, including on the work of other artists, for the Nieuwsblad van het Noorden newspaper. In 1980 – to mark his 60th birthday – an exhibition was held at Pictura. It is known that Elzer worked around Zweeloo together with members of the Groningen Ploeg art circle, such as Jan Wiegers and Jannes de Vries. 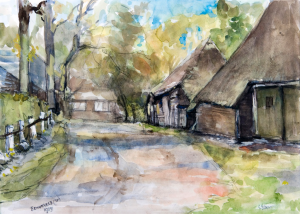