Illustrator, painter and etcher Sara van Heukelom studied under H.P. Bremmer and others, and attended the Drawing Academy in Antwerp. She visited Zweeloo in the 1950s and ’60s.  A large part of her life as an artist was then already behind her. At the start, decades earlier, her work was at first cautiously described in the press as poetic but not captivating. Later her work was characterised by strong imagery with sensitive treatment of everyday objects in subdued (smudgy) colours. 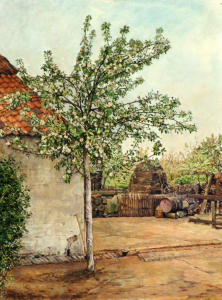 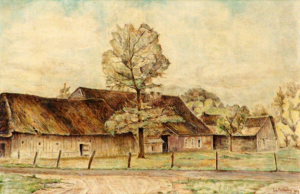