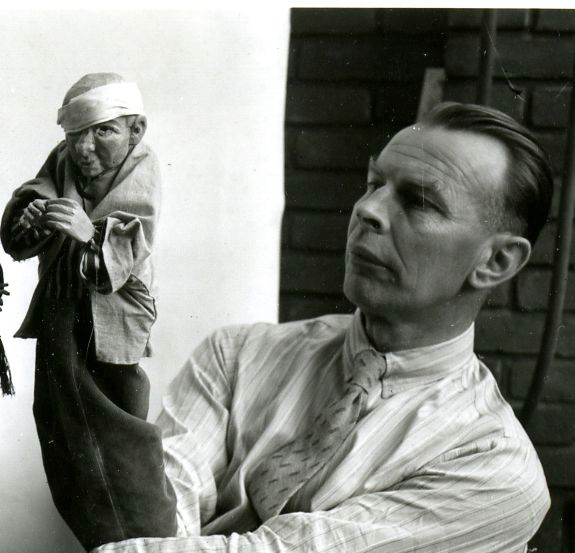 Wim Engel was trained as a drawing instructor at the National Training Institute for Drawing Teachers (Rijksopleidingsinstituut voor Teekenleraren) in Amsterdam, which in those days was housed in the Amsterdam Rijksmuseum. There he met his later wife, Toni Bolkestein, who was on the same course. After receiving their diplomas and getting married in 1931, Wim Engel and Toni Engel-Bolkestein first settled in Dordrecht in 1938 and later moved to Hilversum in 1946, where Wim Engel worked as a drawing teacher at a local secondary school (HBS).

After being introduced to puppetry in Dordrecht in 1939, during the Second World War they forged their plans to create puppet theatre for adults.  Following their move to Hilversum they began putting on performances under the name of ’t Hemeltje (the Heavens). From the late 1960s on they often visited Drenthe and particularly Zweeloo, to paint views of the village and the people at work there. 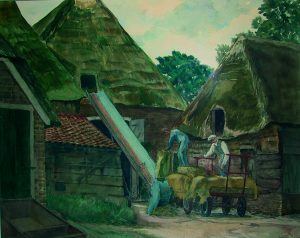 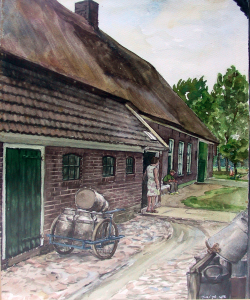